“Weakness is treating someone as though they belong to you. Strength is knowing that everyone belongs to themselves.” – Maame

I finished reading Homegoing by Yaa Gyasi a few days ago.  A character in the novel, Mrs. Pinkston, asks her high school English student, “What do you think of the book? But do you love it? Do you feel it inside you?”

As an avid reader, I understand the importance of this question.  Though I read a lot of highly acclaimed books, it’s not often that I’m able to answer in the affirmative. Reading Homegoing was one of the rare occasions when the words resonated on a deeper level; the story was as personal and deeply felt as if I were reading about my own family. At times I felt almost sick with rage.  I could easily picture my father’s ancestors stripped of their humanity, forced to suffer the worst cruelty imaginable.  This harrowing story of slavery and its legacy will continue to haunt me for years to come.

As a descendant of African slaves, I related to many of the themes explored in this novel.  Loss of identity is uniquely painful. How many times have I been asked about my African origins by inquisitive white people? Like most African Americans I’ve no way of knowing where half of my family originated from. A desire for a homeland, or at least a place where one belongs, seems most basic among human needs.

There is a particularly poignant passage towards the end of the novel set in the 1960’s. Amani is speaking to Sonny: “We can’t go back to something we ain’t never been to in the first place. It ain’t ours anymore. This is.” She swept her hand in front of her, as though she were trying to catch all of Harlem in it, all of New York, all of America.

Toni Morrison also writes about Borders and Belonging.  In her essay “The Foreigner’s Home,” included in Morrison’s final non-fiction collection entitled Mouth Full of Blood (outside of America) or The Source of Self-Regard (within the United States), she says:

{There is an} inside/outside blur that can enshrine frontiers, and borders real, metaphorical, and psychological, as we wrestle with the definitions of nationalism, citizenship, race, ideology, and the so-called clash of cultures in our search to belong.

African and African American writers are not alone in coming to terms with these problems, but they do have a long and singular history of confronting them.  Of not being at home in one’s homeland; of being exiled in the place one belongs.

Much has been written about Yaa Gyasi’s debut novel published in 2016.  It is an ambitious book which gives voice to fourteen characters, spanning 7 generations, all stemming from a single matriarch named Maame. She has two daughters by different men.  While they never actually meet, there is a period of time when the half-sisters live in the same castle, a British slave-holding fort in Ghana.  Effia lives in Cape Coast Castle with her “husband,” while unbeknownst to her, Esi is trapped in the dungeon before she’s shipped to America. As a result, the story unfolds in both countries depicting the lives of black Americans as well as colonized Africans.  As author Roxane Gay says in her Goodreads review, Homegoing is “Exceptionally engaging and the strongest case for reparations and black rage I’ve read in a long time.” My sentiments exactly.

As the narrative progressed in America, I was reminded of other stories I’ve read.  During Willie and Sonny’s chapters, I thought of Langston Hughes’ short story collection The Ways of White Folks.  The story entitled Passing came to mind.  It is structured as a letter written by a man called Jack to his mother, in which he apologizes for ignoring her on a street in Chicago, as he and his blonde, blue-eyed date walk by.  A character in Homegoing also abandons his family, slipping into another world, one where he passes as white.  In both cases economic reasons are presented as justification; in order to find well paid work whiteness held an undeniable advantage. Regardless of how intelligent or qualified, a black man or woman always faced discrimination.  For some, it was worth cutting ties with their black families and communities in order to marry a white person, thus ensuring future generations would avoid the problems associated with racism. If my four light skinned children had been born during my mother’s generation, they might have faced this situation in my hometown Cincinnati.  I cannot imagine what it would feel like- the utter devastation- to have my own flesh and blood deny me because of my brown skin.

In Jason Williams’ discussion of Passing, he mentioned power and privilege as other reasons why black people chose to pass for white in the past (as well as present). “The power in the US lies with white people.  All of the images that you see, all of the privileges that you see, all of the  literature that you’re taught in school, where all of the protagonists are white, and all of the discussions have to do about living as white… That influences people to wish they were white and believe that their lives would be easier as white people.”

Returning to the text from Homegoing, a character in Ghana named Yaw taught his students that History is Storytelling. He asked them to consider who told the story and how they could know that it was correct. He says, “This is the problem of history.  We cannot know that which we were not there to see and hear and experience for ourselves. Whose story do we believe, then?

We believe the one who has the power.  He is the one who gets to write the story.  So when you study history, you must always ask yourself, Whose story am I missing?  Whose voice was suppressed so that this voice could come forth?  Once you have figured that out, you must find that story too.  From there, you begin to get a clearer, yet still imperfect, picture.”

Another question one has to ask is Who is complicit?  In the instance of passing, while their motives may be understood, it is hard not to judge anyone who would turn their backs on their brothers for personal gain, ultimately becoming part of the system which oppresses their loved ones.  Gyasi does not gloss over the fact that Africans sold other Africans to the British and other European nations so as to enrich themselves and gain power.  Akua, the visionary of the novel, says, “Evil begets evil.  It grows.  It transmutes, so that sometimes you cannot see that the evil in this world began as the evil in your own home.”  Her wise words challenge all of us to look within, to shine a light into the shadowy places we’d prefer not to acknowledge.

By the time readers are introduced to Marjorie, Akua’s granddaughter, it’s nearly the millennium.  Marjorie’s parents immigrated to Huntsville, Alabama before Marjorie was born.  She hates where she lives and struggles to fit in at the local high school. The majority of the town consists of bigoted white people.  She’s also ostracized from her African American peers because of the way she speaks and other cultural nuances.  “Marjorie was made aware, yet again, that here ‘white’ could be the way a person talked; ‘black,’ the music a person listened to. In Ghana you could only be what you were, what your skin announced to the world.”

Once again I could relate to the issues surrounding identity and belonging that Gyasi exposed.  I remember having similar experiences at my Midwestern high school.  My mother was white and I was often criticized by popular black girls for speaking “too proper.”  The myth of “the tragic mulatto” is a well known in both films and literature, but this is the first time I’ve read about an African character facing similar struggles of acceptance among African Americans.

Homegoing provides so many insights into the plight of black people.  I can’t recommend it highly enough.  I think it should be required reading for students in both Britain and America.

There’s one more quote I’d like to share from Ma Willie.  She’s speaking to her son, a heroin addict.

Isn’t that the god-awful truth.

View all posts by patchworkmomma

One thought on “Homegoing by Yaa Gyasi” 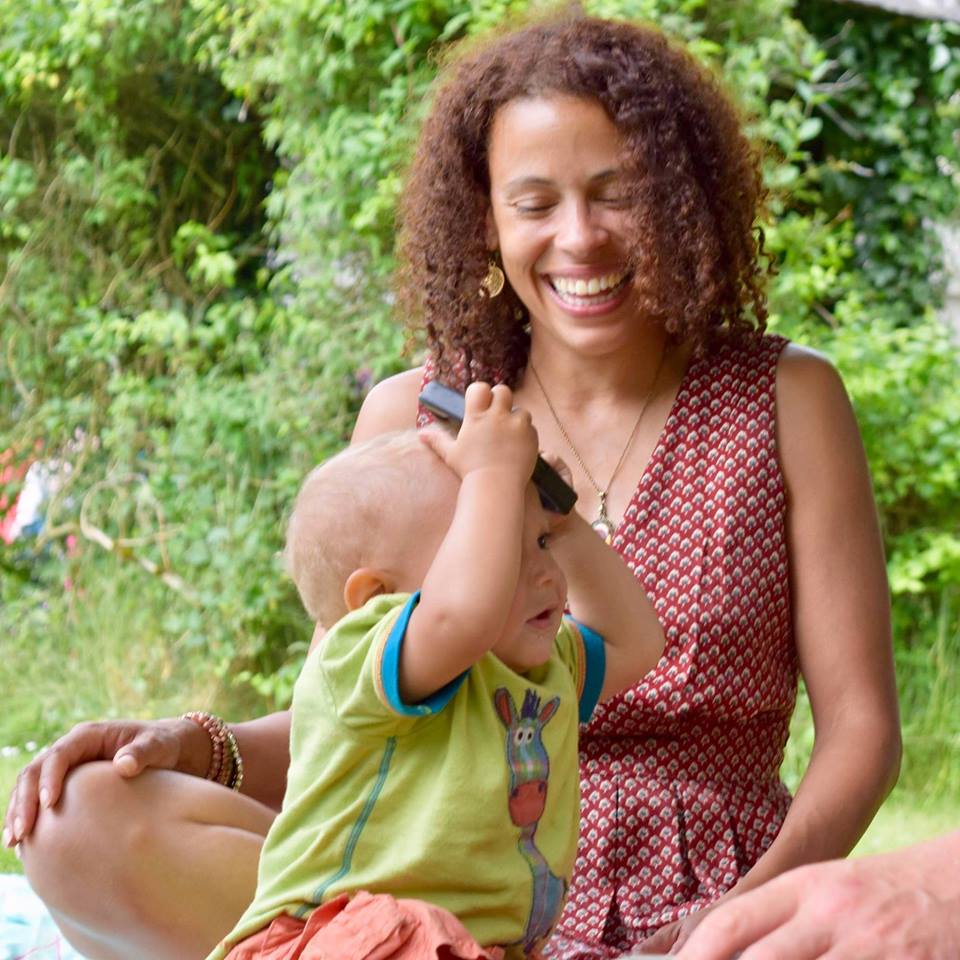 Hello! I’m Robin. I blog about natural living and my family in rural Ireland. I’m a part-time dance/fitness instructor, holistic bodyworker, and full-time mom. My interests include crafts, reading, writing, travel, and food. I tweet about current affairs, wellness, and books. Thanks for visiting! I welcome comments and would love to connect.